About the Kelvin Zone

The Kelvin Zone is a General Engineering Zone, where we will meet five engineers from five different areas of engineering. 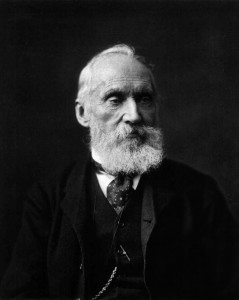 The Kelvin Zone is named for the SI unit of temperature, Kelvin, K. The unit is named after the Belfast-born engineer Lord Kelvin, who first proposed the need for a scale of temperature where “infinite cold” would be the 0 point. 0 K is the point where atoms would lose all of their energy, and completely stop moving; it’s not theoretically possible to actually reach 0 K, though some research groups have come close. 0 K is the same as -273.15 °C.

In this zone there is are bioengineers looking at how to fix and repair the human body, and making heart valves using metal, plastic, and cow tissue. There is also an engineer looking at alternate fuel sources, from solar panels, as well as algae and seaweed.

There is an engineer who designs pressure vessels and tanks used by drinks and pharmaceutical companies, and another who tries to make wood stronger so it can be used to build large structures.

ASK the engineers any questions you have about engineering.

CHAT with the engineers in a 30 minute long text chat booked by your teacher.

VOTE for your favourite engineer to win a €500 prize to spend on communicating more engineering.